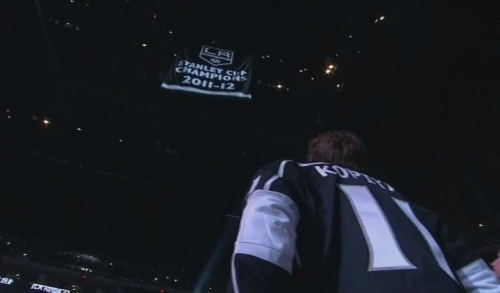 The NHL season has finally arrived…only 3 months late.  A short season allows for some crazy things to happen in the standings.  Here are my conference predictions for the East and the West.

This could be the  year the Islanders make their return to the playoffs.  The key, as always, will be to keep Rick DiPietro healthy.  But on the offensive end, career years from an already outstanding tandem of John Tavares and Matt Moulson and the addition of Kyle Okposo as a threat and perhaps a return to Michael Grabner’s breakout season of two years ago can give the Islanders at least another playoff year in Nassau Coliseum.

Some may find the Blues as the shocker as #1 seed, but their two goalie system will definitely be a strength in a shortened season.  The Kings as #5 could be surprising, but along with the Canucks, who are missing a few stars, I feel like these teams will have slow starts that will affect their seeding.  The Wild and their acquisitions missing the playoffs is strange, but they are still a few parts away despite the spending.

The Sharks are the biggest surprise because not only do they play in the same division as the defending Stanley Cup Champions, but many analysts are picking them to miss the playoffs entirely.

I think there is another year left before their window closes.  A team full of veterans, a strong defense, and a growing goalie in Antti Niemi will keep them strong and constant through the season.  As for their playoff chances…