The Jets and the Steady But Uninspiring Need for Chris Johnson 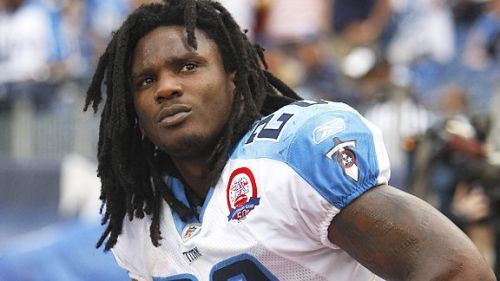 Much of the Jets focus this off-season has been finding ways to surround Geno Smith (and now, Mike Vick) with playmakers for the passing game.

But in a switch of thought process, the last few weeks of rumors have surrounded not a wide receiver or tight end, but a running back. 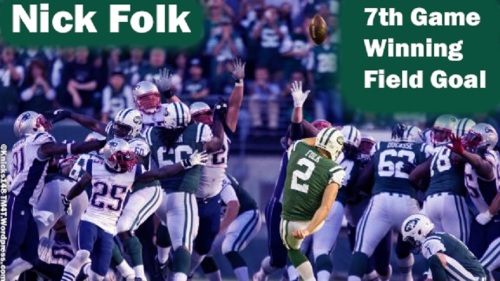 The Jets had a major competition in training camp this year between Mark Sanchez and Geno Smith which lacked logic and consequences along the way.

Unlike the battle at quarterback, though, one at kicker commenced and ended with the incumbent retaining his job.

That was the ever scrutinized Nick Folk, who each year since arriving in New York has been under siege, will not have to worry about that much in the future.  Being perfect in the regular season has that type of effect. END_OF_DOCUMENT_TOKEN_TO_BE_REPLACED 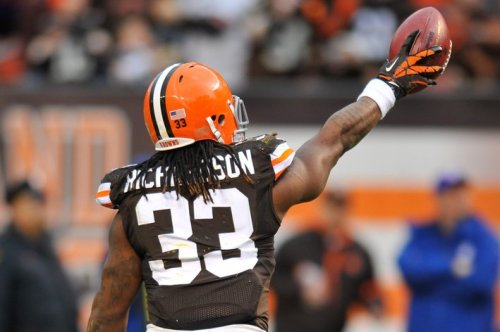 In a shocking development sure to send waves through the NFL, the Indianapolis Colts have traded for former 1st round pick Trent Richardson.

In return, the Cleveland Browns, sure to be aiming for the #1 pick overall in next year’s draft anyway, have received the Colts’ 1st round pick in 2014. END_OF_DOCUMENT_TOKEN_TO_BE_REPLACED

Breaking News: Former Eagles OC Marty Mornhinweg named Jets new offensive coordinator, but first, a list of all those candidates he beat out. 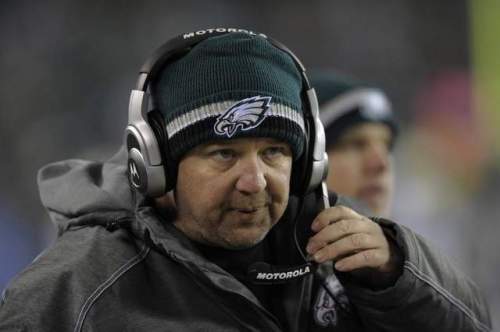 Last week we looked at all the possible General Managers the Jets could hire.  That still has not been completed*, , here is a list of every rumored OC possibility the Jets may have considered.

So let’s see how many of these there were: END_OF_DOCUMENT_TOKEN_TO_BE_REPLACED

A Complete List of GM Candidates the Jets Have Interviewed 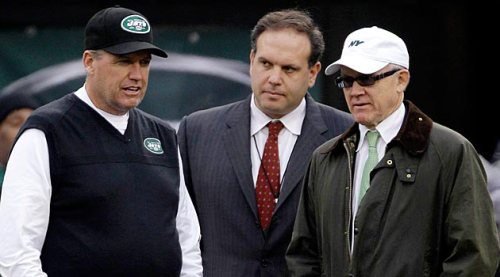 Woody Johnson and Rex Ryan promised a thorough search for a new General Manager, but it seems most did not realize how extensive it would be.

To make it easy on everyone who wants to know, here is a handy list of every person the Jets have brought to, or have wanted to bring to Florham Park this offseason:

END_OF_DOCUMENT_TOKEN_TO_BE_REPLACED 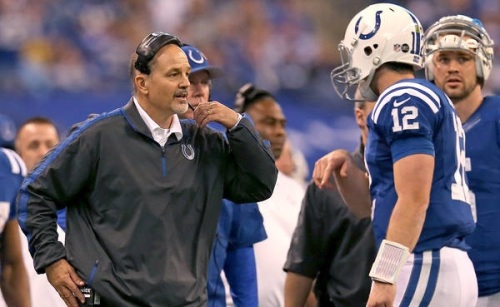 But their story all season has been about Chuckstrong; supporting their head coach Chuck Pagano, who had been fighting Cancer for most of the season.
END_OF_DOCUMENT_TOKEN_TO_BE_REPLACED

Winston Churchill is perhaps the most popular leader in British history.  He helped lead them to a victory in World War II.  At home, he helped set up a government coalition to unite and move to achieve great mobilization during the war period.  Churchill was a brilliant war strategist who knew not only how to motivate, but how to go about winning battles he was in, especially when he had the sudden backing and weapon of the United States following the Japanese Pearl Harbor attacks.

So why did this strong and popular leader suddenly lose an election in 1945, just months after one of the biggest victories in the history of mankind – the ending of the Second World War’s phase in Europe?